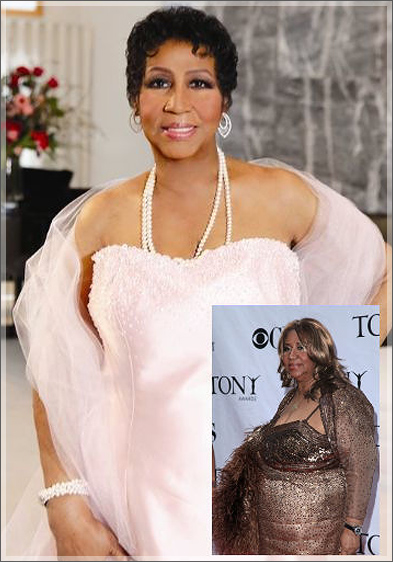 I guess love has no age limits for legendary soul singer Aretha Franklin, 69, because the *Queen of soul* is set to walk down the aisle for a fourth time. According to published reports, the Queen of Soul, who has a spotty history with men, is engaged to her “longtime friend” William “Willie” Wilkerson.

“We’re looking at June or July for our date, and no I’m not pregnant, LOL!,” Franklin said in a statement.

According to public records Mr. Wilkinson is 54 years old. It’s clear from Ms. Franklin’s previous relationships with younger men that she tends to fall hard for smooth talkers who escort her down the aisle and later waltz out of her life with a substantial alimony check.

Ms. Franklin suffered a medical setback in January of last year after allegedly undergoing weight loss surgery. She later released statements denying the weight loss surgery rumors. But according to Beverly Hills-based surgeon, Dr. Lawrence Koplin, in an interview with Fox News, such a drastic weight loss is next to impossible without surgical intervention.

51 thoughts on “Aretha Franklin Is Engaged At 69”