It was supposedly a rumor, (Will & Jada’s split) a couple of months ago but I’m starting to believe it’s true myself. The couple haven’t been seen in public together for a while now.

They arrived separately and left separately at Heavy D’s funeral services in Mount Vernon, New York last month. Will pictured above and Jada pictured below. 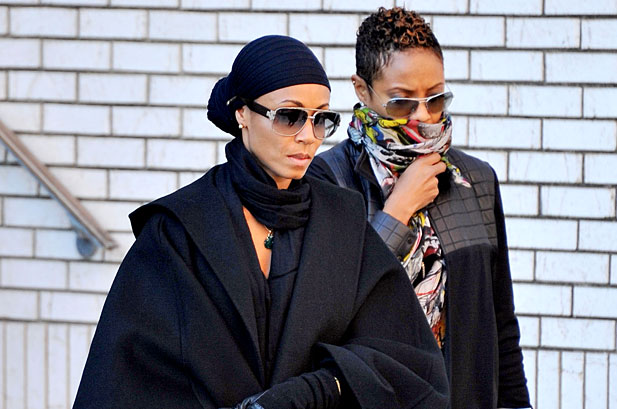 I remember some years ago when Jada declared on the “Oprah Winfrey” show, that she and Will would never divorce, if they had to sleep in separate rooms, “he wasn’t going nowhere” this marriage of theirs was supposedly “it” for the both of them.

But according to Star magazine:

Star Magazine‘s December 19, 2011 issue features a new report that divorce is on the way for Will Smith and Jada Pinkett-Smith.
According to the magazine, the couple will battle for his $520 million dollar fortune. A source also tells the magazine, they’ve been separated for months and reveals the secret they’ve been keeping for years.

36 thoughts on “Rumor Has It., That Will and Jada Smith Are Seperated…”