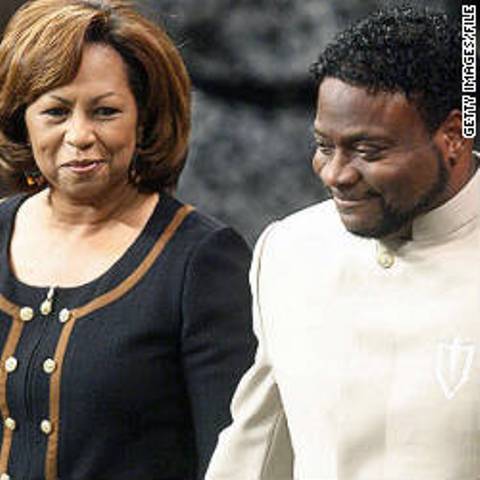 Because his foundation is slowly crumbling right before his eyes and his family structure will no longer be his front. Below is the statement as reported on CNN:

Bishop Eddie Long, head of one of the nation’s largest mega-churches, announced Sunday he is “taking time off” to work on his family.

The announcement came three days after his wife Vanessa filed for divorce.

Although her husband’s church issued a statement later that same day saying she was withdrawing the divorce petition, Vanessa Long’s attorney said she was proceeding with the divorce.

Last spring, Long, head of New Birth Missionary Baptist Church, settled a lawsuit filed by four young men who accused him of pressuring them into sexual relationships while they were teenagers and members of the congregation.

I don’t think Bishop Long’s family need to be worked on, I think it’s Bishop Long who has the problem. He’s determined to live in the closet and not fess up to his secret lifestyle of homosexuality and hypocrisy. Pride always comes before the fall!!!

Thanks to a loyal CEO blog reader (who shall remain anonymous) for the story tip.

108 thoughts on “Bishop Eddie Long Is Taking Some Time Off”