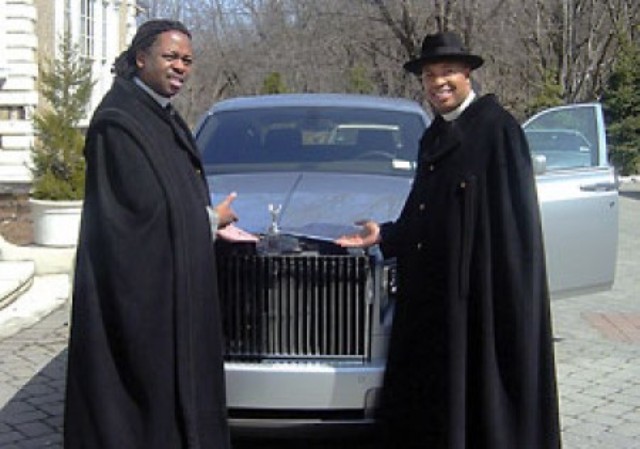 This is something I knew already but recieved the following email from a loyal “Ceo blog” reader who decided to put the fake “money-hungry” prophet on blast.

Just when you think you have heard it all, here comes Bishop E. Bernard Jordan and his army of so-called prophets. The issues with the “Prophetic Ministry” are both alarming and deceptive as many desperate believers are taken advantage of by men and women like Bishop Jordan. With generic prophecies and new age rhetoric, Bishop Jordan has gotten filthy rich off the hopes of the poor and the sick.

The “prophetic word for cash scheme” has actually been around for a while, even dating back to the time of Paul’s ministry. It was so popular at the time that even when Paul publicly rebuked a psychic / mystic, who was then beaten and thrown in jail (Acts Chapter 16:16-24)…

Like many of you, I too have sat up late at night flipping through the channels only to discover Bishop Jordan on BET offering ridiculously vague prophecies in exchange for a donation of any size. How did we as the Body of Christ go from the Great Prophets of the Bible like Isaiah, Jeremiah, and Ezekiel to Bishop Jordan, Benny Hinn, and Bishop Clarence E. McClendon?

…Men like Bernard Jordan has succeeded in making a mockery of this most Holy appointment due in part to the fact that they have appointed themselves to the role of a Prophet. Common sense would tell us that God would not use a true prophet to issue a prophetic word that sounds something like this:

“I am feeling in my spirit the number 34 or 3 & 4 which means that you may want to sow a seed of $34 dollars because someone in your life who is 34 years old could be in danger.”

We have reached the point in biblical history whereas the fear of the Lord has dissipated and we’re left with preachers who are for entertainment purposes only and E. Bernard Jordan is one of them..

Referring to a chapter from my book, “Conversations Of A Sistah”, the reader concluded: “If you wanna “hustle” then sell drugs, go be a male prostitute, do a check scam, but don’t take advantage of people’s spirituality by trying to make a dollar off of their beliefs.”